this morning, penny showed me this flower shavuot collage she made at school.  she decided to hang it on the fridge.  i was all the way across the room doing the dishes, so i had NOTHING to do with it.
she told me she wanted to spell her name.  i told her there might not be enough Ns.  take a look at the yellow "N" and you will marvel, as i do, at my little one's super genius. 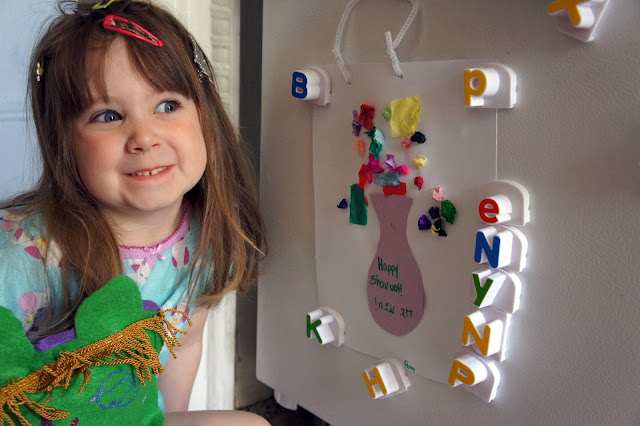 happy mother's day to me!

on friday, penny's class had a "muffins with mommy" morning.  it was delightful, and they sang us the most wonderful song, which penny has been singing to me all weekend.
my camera battery has died, so i am going to take a mother's day off from blogging, but will return to tell you all about it.  suffice it to say, penny now has both a train set and an american girl doll, and i have my first mother's day nursery school craft (it's a good one).
Posted by Unknown at 11:23 AM No comments:

this weekend was so packed full of family celebration that i am only now recovering (it is tuesday).  so much fun was had!  on saturday, we met penny's aunt, uncle & cousins at MoMATH, and it was awesome! 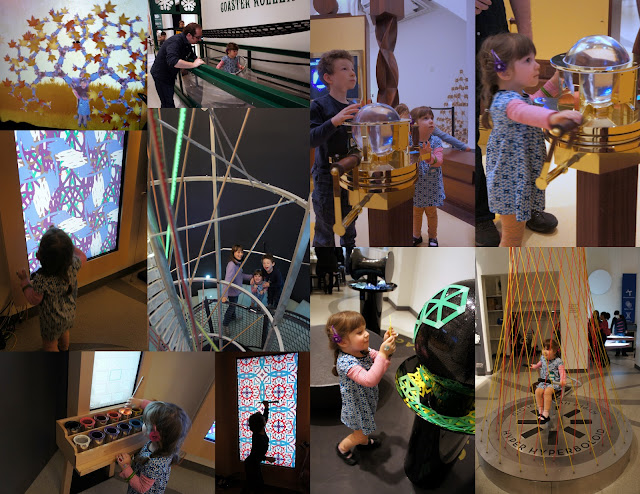 we all ate lunch together, 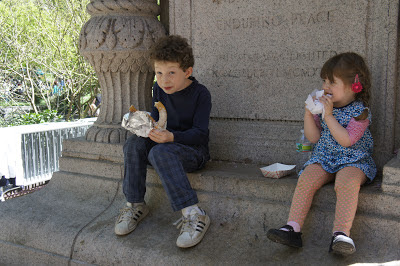 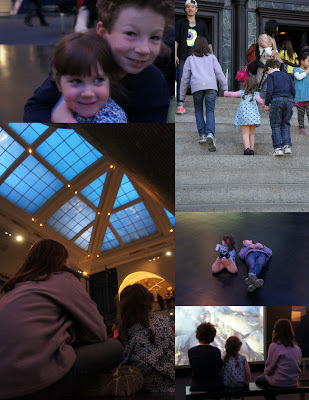 after the museum, we headed out to dinner, running into aunt linda on the street!  like i said, SO MUCH FAMILY.
on sunday, we celebrated aunt jodi's birthday!  we were going to pick up some bagels, and as we got to the corner we found a cider doughnut truck with a machine churning out fresh cider doughnuts.  WHAT?!  we also discovered that our bagel place has avocado cream cheese - basically guacamole in cream cheese form.  this was a good brunch.  then we all tromped over to prospect park for sister/aunt & uncle/cousin time!  penny took an epic nap and then got to hang out with her awesome babysitter while alex and i went out to fancy dinner with uncle jonathan and aunt kate.

i am also proud and excited to report that penny has been walking to school and home with no stroller! she's still working on her stamina, but she's been doing great!
Posted by Unknown at 9:14 PM 1 comment: