THE TOOTH IS OUT!

At the end of Penny's art class today, she showed her friends how she could spin her tooth all the way around, and then she tried wiggling it with her tongue and it popped right out! She could not be more excited, and neither could we! 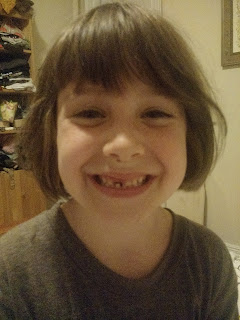 We've had two busy weekends in a row!  Last weekend, South Street Seaport had a Farm Fresh Festival for Kids, which was basically a giant street fair full of booths & events and fun stuff.  Penny made a flower crown: 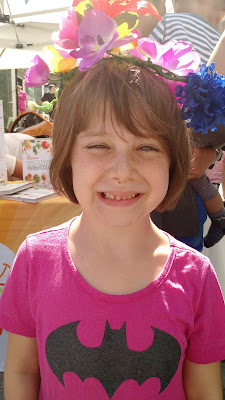 and everyone got to pet a pig: 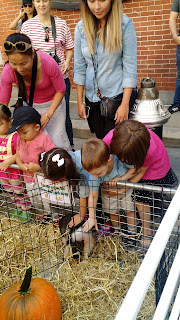 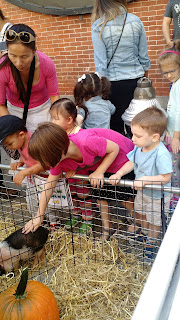 and then sit in the driver's seat! 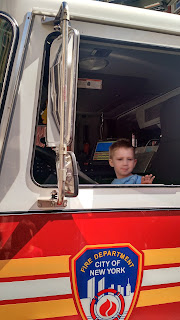 After our fun time in the city, we took the Water Taxi to Red Hook, where there was another fair, then we went to IKEA.  It was a very packed day, and if you ask Milo what he did he'll tell you that he "Pet a pig!"

This past weekend, we went to a very cool playground in Central Park that has an awesome slide, 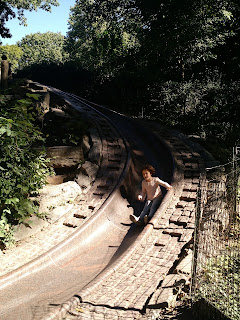 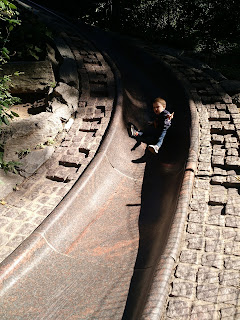 Then to the Central Park Zoo, then to the Family Fun Day part of the horse show at Wollman Rink.  Penny was not at all interested in the horses (not even the Pony Kissing Booth!), but was super excited to do this: 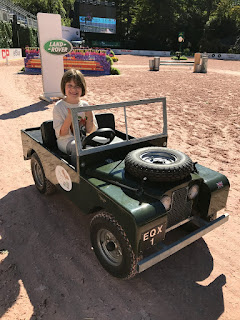 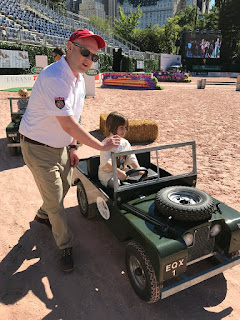 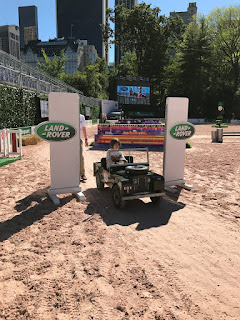 She's already a better driver than I am.
Then we headed back to Brooklyn for Chai Tots Get to Know You afternoon in the park.  Milo had a great time hanging out with his school friends, and Penny got the chance to visit with her old preschool friend who also has a little brother at Chai Tots.

As the weather gets cooler, we look forward to being able to spend more time outdoors.  We are not really a Summer family.
Posted by Unknown at 1:37 PM No comments:

Penny's top front tooth is getting super wiggly, but not up to the really gross dangly stage yet.  I still think it's coming out first - BUT it appears that on the bottom in the front, she may be growing a SECOND SHARK TOOTH.  It's really heating up in this race to lose some teeth.  Which tooth will prevail?!
Posted by Unknown at 10:29 PM No comments:

It's Milo's first Friday at Chai Tots, which means it's his first challah baking day! He had a wonderful first week of school, and his teachers keep telling me how great he's doing and how much fun he's having. 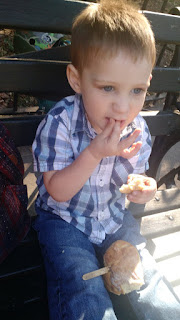 Posted by Unknown at 6:21 PM No comments:

Today was Chai Tots orientation day, and Penny has the day off from school, so she got to come along and show Milo the ropes.  I was so excited about taking pictures that I completely forgot to bring his bag of supplies.  Oops.


Milo jumped right into the classroom.  He didn't want to decorate a placemat, but that's because he was busy building with trains, playing in the play kitchen, and identifying all of the animals.  After about a half hour, the teacher gave them a five minute warning, then asked everyone to clean up for circle time.  As everyone was getting seated, Milo said "Bye bye", and was ready for me to leave.  I think this is a Good Sign.

Posted by Unknown at 2:41 PM No comments: 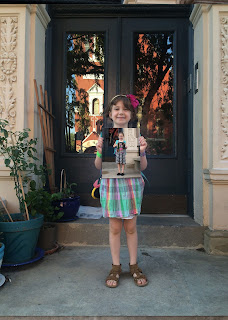 She had a great first day, and this was the first year that she read down the list of instructions, and did everything herself.  Penny is in the mini-school this year, and she told me that they must have used the spell that they use on the tent when they go to see the Quidditch World Cup in Harry Potter, because it is so much bigger on the inside than it appears on the outside.  To celebrate her first day, we had ice cream! 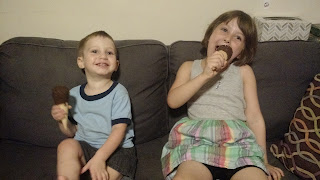 Milo will be starting preschool on Monday, and his new teachers, Morah Sheva and Morah Chana came to visit last night.  He was a little shy in the beginning, but was jumping all over the place by the time they took their leave.
We took our last commute into the city together this morning, and said our last hello to the "little guys" at the 14th Street station.  I have pushed the Ergo to the very limits, and am both excited and sad to be regaining that alone time.  I will miss my commuting buddy, but I am so excited for him to be starting big boy school!  I know he's ready.
Posted by Unknown at 1:01 PM No comments:

Back to school means it's time for some grooming.  Milo's hair was down to his chin, got so sweaty every time he fell asleep that it was alarming.  We went to LuLus, our favorite toystore/hair cuttery, and even though Penny went first and Milo watched the whole time, there was Harry Potter on one TV and Mickey Mouse on another, he had the option to sit in a fire engine seat, through all of this - I had to hold him down while the lady sheared him like a sheep, the whole time yelling "Mama, don't like it!  No haircut!  All done!"  It took him about 15 seconds to recover once it was all over, and I required a good sit down.  The results, however, are two completely different children now living in my house: 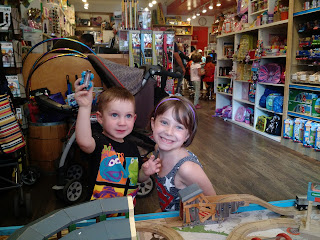 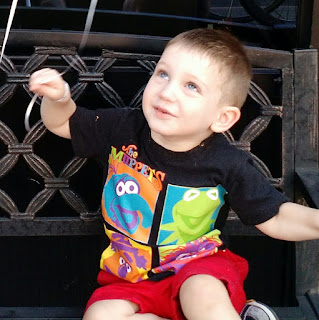 On Sunday, we took a ball and a kite to the park.  The kite was a bust - we need to get a real kite to fly - but the ball was a hit! 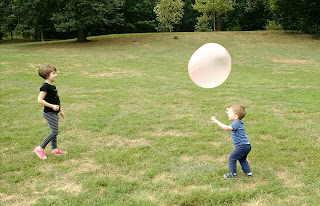 It was a great last summer weekend!

A Couple of Goofballs go to the Bronx Zoo.

It is a long weekend, and apparently we may be getting a hurricane for the next two days.  Before the storm hits, we decided to go to the Zoo!  We cannot remember whether Milo has been since he's been old enough to appreciate it, which let us know it was definitely time for a trip. 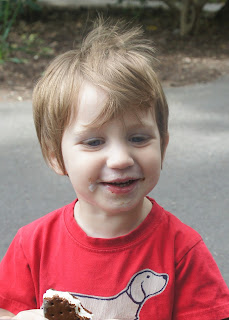 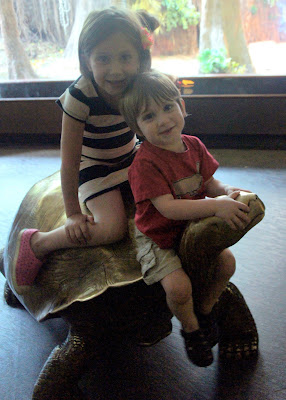 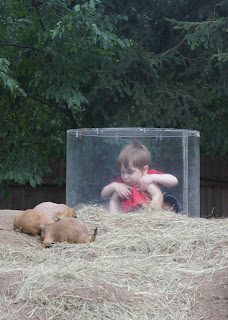 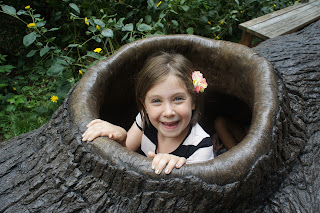 This trip was a whirlwind of emotions.  We helped a little girl who was lost find her parents; I thought my wallet was stolen (turns out I had put it in a different spot when we found out there was a lost girl); a butterfly landed on Milo's cheek, and he was traumatized rather than delighted...  All in all, though, it's still one of my favorite places to be.
Posted by Unknown at 10:07 PM No comments: